Home Macedonia Families of the Laskarci victims have been waiting for justice for four... 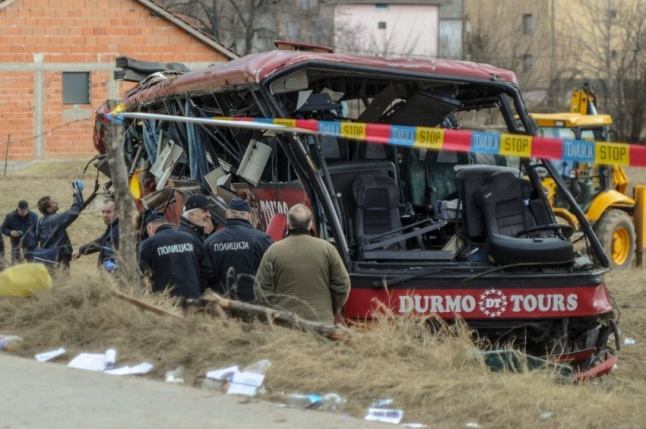 The super expertise that we have been waiting for more than a year and the fact that the experts did not appear today, again creates our doubts that this court process is not going in the direction of avoiding the ax and forgetting, and thus giving the opportunity for the truth and justice to come out in sight, said Sinisha Ristovski, brother of the deceased Dejan Ristovski, who died in the accident near Laskarci.
The relatives asked the court to issue a verdict as soon as possible in order to satisfy the justice and after four years since the accident, the case finally gets a resolution.
Accused in the case of the accident near Laskarci, which happened on February 13, 2019, in which 16 people died and over 30 were seriously injured, are Durmish Beluli, the owner of the company “Durmo Tours”, the person responsible for transport in the company, Ramzi Miftari , and the bus driver, Manoil Trifunovski, who are charged with committing serious crimes against the safety of people and property in traffic, while the three employees of the technical inspection station, Igor Gjorgjievski, Goran Dukovski and Jane Bovarski, are charged with complicity in the same crime.