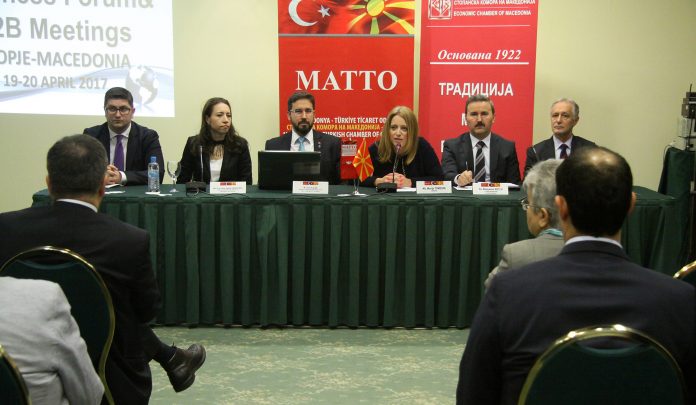 Turkish companies from the Mediterranean Exporters Association, the Association of Producers and Traders of Food Products and Fish, offer cooperation to Macedonian businessmen and partnerships to enter third markets.

Representatives of the Association, organized by the Economic Chamber Macedonia – Turkey (MATTO), met with over 20 Macedonian food distributors.

– If we can be present in 150 world markets, we should be in our neighbors’ as well. Today we met with serious Macedonian food distributors. The meetings were of quality and promising. We are exporters, so why not export together to third markets. Through joint ventures we can create production for third markets, said the Association’s president and owner of a tuna conservation and chicken salad company, Ali Jan Jammanjilmaz.

MATTO Vice President and General Manager of Ramstore Uzun Ayhan presented Macedonia as a friendly country with potential for business development and security. He stressed that the ban on import of poultry meat and processed foods should be discussed, because, as he said, such a ban exists by the EU.

Turkish companies, members of the Mediterranean Association that had B2B meetings with Macedonian companies, were from Mersin, Adana and Konya and are all exporters to the EU, North Africa, the Middle East and the Caucasus. According to MATTO, they can be partners or connection of Macedonian firms to these third markets. The Association, founded in 1937, has eight trade associations throughout Turkey. Its members export to 150 countries.