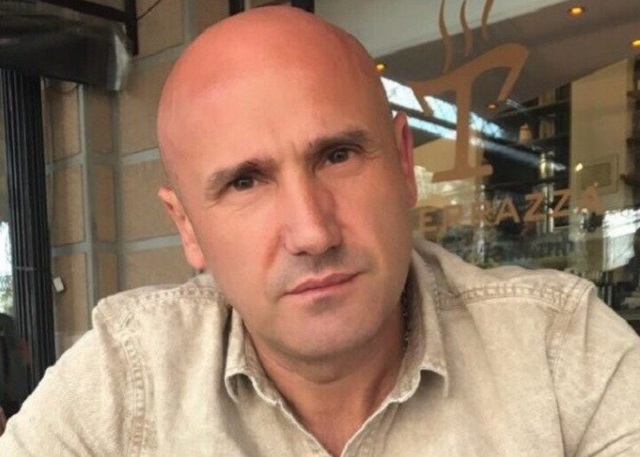 From what we saw Italian “La Verita has shown so far, the election manipulation involved not only the brother of the ex-prime minister, but Zoran Zaev personally, so according to what the newspaper reports, which is in evidence in the prosecution, the former prime minister was directly involved in electoral bribery, although for most illegal acts his brother was charged with the sole purpose of protecting himself.

The second part of the scandal published by “La Verita” reveals that the prosecution has in possession a text message that Zoran Zaev and his brother agree to pay money to people who will vote for SDSM, while others demand to be compensated for water and sewer pipes, they give the green light and ask about the turnout.The prosecution also has a text message between Zaev and a person asking for money while Zaev tells him to go to the SDSM headquarters, where and from whom he will receive the money. The money will be paid to him in the municipal building in Strumica by certain Ljupka and Kate.As can be seen from the conversations published by “La Verita” Vice Zaev gives instructions for the payment of the voters but also coordinates persons who have dozens of ID cards in their hands, demanding financial compensation for them.In one of the conversations, Vice orders his family company to prepare an envelope of 5,000 denars for a person who previously asked him for money in order to vote forSDSM, while there is also a text message from a Roma voter asking if he should come to him to take money.Most of the deals ended up in the “headquarters” where the votes were bought.In addition to pressures on employees in private companies, Zoran Zaev pressured and issued orders to the employees of the municipality of Strumica to go out and vote for him.Vice coordinated with Ljupka Cvetkova, Zoran Zaev’s goddaughter, about voters thatshould be paid as they cast their vote for SDSM. Vice is talking to another person about issuing IDs to voters that were previously targeted (bought).

In this conversation, Vice Zaev emphasizes to Borce Hadziev that he urgently needs money, so he asks half to send a person who will bring them and the rest to stay withBorce. Borce says 100,000 are left, of which 50,000 are hidden in his car. It is then agreed that Borce will bring 30,000 euros to Zoki Gjorgjiev at the main headquarters and 5,000 euros to remain with him.There are also talks between Borce Hadziev and Vice Zaev in which he instructs himthe next day at 9:30 to meet a person at the hotel and if that person asks Borce for the “list” to tell him that the other half is with Vice. Borce in the same conversation informs Vice that he has visited 3-4 larger families, that two families he visited with Milo and that the job with them has been done, or that they have been paid.

And in these talks there is evidence of crime. In one of the talks, Vice informs MP Daskalovski that he recently sent a bigger group of 15-16 people from the Trkanje village in Strumica to vote. He wants Marjan to check through teacher Memet for whom they voted, while Daskalovski tells him that Memet was with Combe and asks Vice Zaev if he talked to them to vote for number 3, to which Vice says is confirmed.Daskalovski tells Vice that he will send a kid named Mitev from the third district to getsome 1500 denars from Vice to pay the electricity bill. Vice tells him to go see Trajce Zaev around 13 h. Also in the talks, Daskalovski tells Vice that Roma from the villageof Banica asked for some 1000-2000 denars for St. George’s Day celebration and that they will come to Vice, and Vice confirms that he will give them the money.This is a typical example of voter bribery, a serious crime.Vice in the talks with Daskalovski tells him to organize a car for Daniel to bring his mother to the polls, after which he says he was there to give people IDs. In the materials, there is also text message in which Vice tells Daskalovski that at 7 they should meet and agree on tasks.There are also talks between them over coordination about buying return tickets for students to come to Strumica to vote.In a conversation, Daskalovski tells Vice Zaev that on Monday “a man” should give him 1,000 euros, and he has 500 euros from another man, to which Vice complains that the money is slowly being collected, to which Daskalovski responds that Zoran Zaev was to blame and that Zoran Georgiev was to take money from the bailiffs and notaries who profited thanks to the party.This speaks of involvement in voter bribery, racketeering, unprecedented crime and corruption by SDSM MP Marjan Daskalovski and Zoran Zaev’s brother Vice Zaev, as
well as a widespread network of people in Strumica who controlled it to pressure, blackmail, racketeer and bribe citizens to vote in elections.That they themselves knew that they were involved in serious crime tells the conversation between Vice Zaev and Sead Selimovich going to the party headquarters to get his pay, but he is not sure if he is followed by the “dogs”, referring to the police. So if it was not a crime what they were doing, they should not have been worried about the police.The third part of the scandal published in “La Verita” refers to how Zaev bought 5,000 Albanian votes through UCK commander blacklisted by the United States.