Home Macedonia One of the three Macedonians on the Diamond Princess cruiser has the... 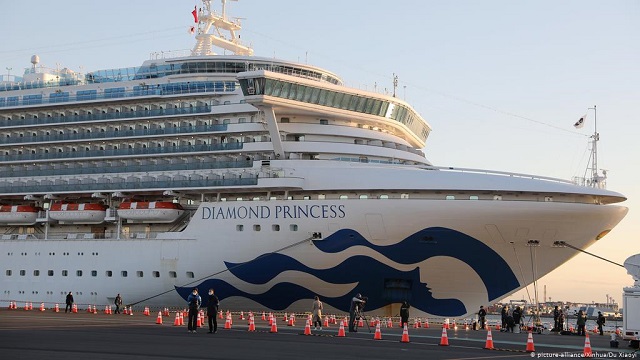 The Ministry of Health has informed that according to the latest information received
from the Japanese authorities, there has been a change in the situation of the
Macedonian nationals aboard the &quot;Diamond Princess&quot; ship in Yokohama, Japan.

The presence of a coronavirus has been confirmed in one of the Macedonian
nationals who is currently hospitalized in a health facility in Japan.
The Embassy of the Republic of Macedonia in Tokyo is in contact with the
Macedonian national. At the same time, the embassy communicates with the other
two Macedonian nationals who are still on the ship in Yokohama on a daily basis,
and report that they are feeling well and have so far shown no symptoms that may
indicate the presence of the coronavirus.

T. 53 migrants found in a freight vehicle in Strumica
Near the Strumica village of Kuklis on Wednesday night at about 19:30 in
coordination with the Regional Border Affairs Centers South and East, 43-year-old
F.S. from the village of Dorlombos, Valandovo was arrested, because during a
search of a Ford truck with Skopje license plates he was driving, 53 migrants were
found, 37 from Afghanistan, 12 from Pakistan, two from India, one from Iraq, and one
from Egypt.
The Interior Ministry informed today that F.S. was detained in the SIA Strumica and
after fully documenting the case, criminal charges will be brought against him.

T. Will there be voting on the PPO law?

After the draft law on the Public Prosecutor&#39;s Office was endorsed on Wednesday by
the Committee on European Affairs in accordance with the procedure should be on
the agenda of the plenary session for debate and voting.
But when the congressional speaker puts the point on the session remains
uncertain. This decision by Talat Xhaferi depends on when the government secures
80 votes of lawmakers necessary to pass the draft law. The parliamentary majority
officially claims that the necessary support is provided.
Unofficial reports say this figure has not been reached despite strong efforts.
The latest information indicates that negotiations to secure the required two-thirds
majority will take at least until Saturday. A decision on parliament&#39;s self-dissolution is
expected on Sunday, after which deadlines for organizing early parliamentary
elections on April 12th will run.