Home Macedonia Pendarovski in Munich: I hope for a negotiations date in March 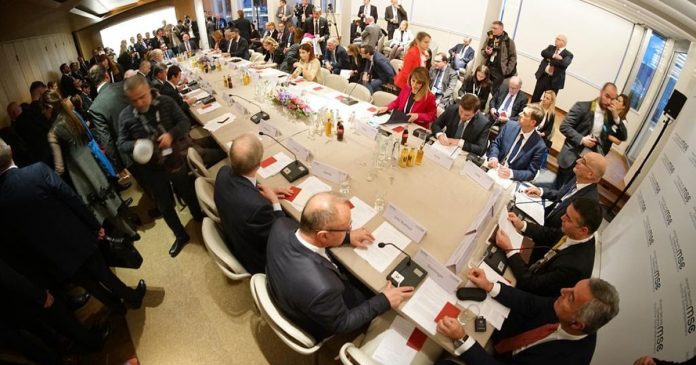 Speaking at the event, Pendarovski said that good neighborly relations and cooperation were one of the key factors that secured stability in the region, all the while highlighting North Macedonia’s positive examples, namely the Prespa Agreement with Greece and the friendship treaty with Bulgaria, his office said.

Commenting on North Macedonia’s ambition to join the EU, Pendarovski said that the bloc’s intention to play a bigger geopolitical role in the region was fully acceptable for the country.

Our country and the region, he added, do not seek only access to the single European market, they also seek to adopt European democratic measures that will largely accelerate reform implementation and the building of stable and accountable institutions.

Welcoming the new revised enlargement methodology, Pendarovski said he hoped it would pave the way for the opening of negotiations at the upcoming meeting of the European Council in March, 2020.