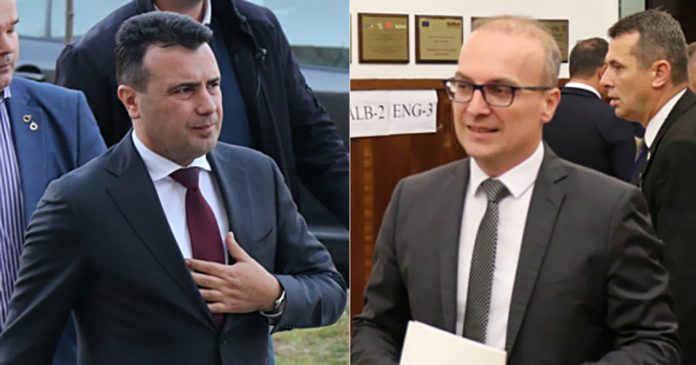 In the audio tapes I comment on the Supreme Court’s decision not to proceed with the SCO cases after June 2017, a situation where cases would have been dropped if the Public Prosecutor’s Law had not been passed, says SDSM leader and former Prime Minister Zoran Zaev in connection with Sunday’s tapes that VMRO-DPMNE MP Antonio Milososki released.

In an interview with Press 24, he notes that the tapes were likely recorded at one of the meetings held during the negotiations with a group of lawmakers who were excluded from VMRO-DPMNE.

The conversations were taped illegally by some of the participants while discussing the reasons and the need for the adoption of the Law on Public Prosecutor’s Office. These are probably conversations from meetings held with representatives of the ruling and opposition parties from the Albanian bloc of parties, when we argued and explained to a group of eight VMRO-DPMNE MPs why it was important to adopt the Law on Public Prosecutor’s Office, Zaev said.

He adds that the illegally tapes conversation shows why the Law on Public Prosecutor’s Office had to be adopted and shows how it overrides the Supreme Court’s decision.

With the PPO law we have allowed all cases to be resolved on the basis of the evidence provided. It is rumored that the Supreme judges have clearly informed that they will make the decision they then made in accordance with the SPO law which stipulates that illegally taped conversations are evidence until 30.06.2017, and after that they may only be indications. Everything else heard in the illegal tape released by Milososki is just an argument plus through the conviction of the interlocutors and confirmation why the new law on the Public Prosecutor’s Office should be adopted, the SDSM leader added.