Nebi Hoxha of the Economic Chamber of Northwest Macedonia in a televised appearance besides former Prime Minister Zoran Zaev, read surveys by members of this chamber, in which members responded that the government’s economic measures led by his SDSM do not meet their needs to get out of the crisis.

“58.3% of companies work reduced, 8.3% part-time, 8.3% completely closed and the remaining percent did not respond. But on the other hand, the demand for companies with production capacity has dropped by 35%, which means that it will be reflected on other companies as well.

It also showed a survey, to which members responded and to the question of how many companies are satisfied with the measures adopted by the government. 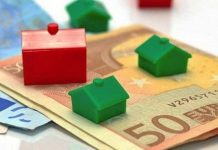