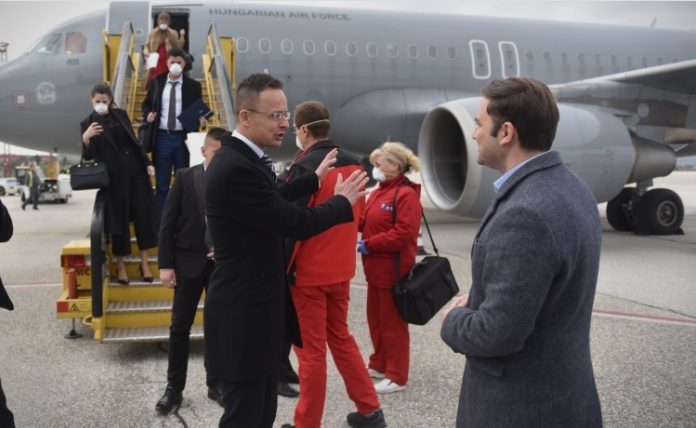 Hungarian Foreign and Trade Minister Peter Szijjarto arrived in Macedonia on
Monday with aid packages of 100,000 protective masks and 5,000 protective suits.
He was welcomed at the airport by Deputy Prime Minister for European Affairs Bujar
Osmani and Interior Minister Nake Culev. After the reception, in the premises of the
airport, Osmani and Siarto had a working meeting, where they discussed further
steps regarding the European agenda of the country after receiving the decision to
start negotiations with the EU, the process of establishing the negotiating framework,
as and the country&#39;s preparation for the start of negotiations.
Osmani, according to a statement to the Secretariat for European Affairs, thanked
the support for our European integration, including the truly successful mission of EU
Enlargement Commissioner Oliver Varhelyi, who, according to Osmani, who should
be credited for the swift harmonization of the new enlargement methodology and the
efforts leading up to the decision for the start of accession talks.