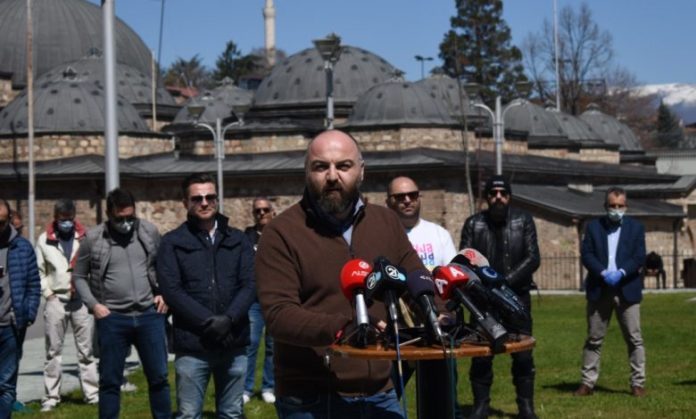 The Tourist Catering Chamber of Macedonia announced today that thousands of catering facilities they represent will not use the Government’s measures because, as they pointed out, they were insufficient and selective and would contribute to their additional borrowing.
“We here from the catering sector from all cities want to make it known that we are aware that we will not get better measures. That is why we want to inform the Government that the catering sector, i.e. the entities we represent will not use the announced measures and that the funds can be directed directly to all those who lose their jobs or in sectors where they think they will achieve effect, said Martin Angelovski of the Tourist Catering Chamber of Macedonia.

He pointed out that everyone would like to keep their employees, but that they will not be able to because they have no income, given that they were the first to be closed by government measures, and probably the last will be open, although it is not known when.

Angelovski informed that the process of deregistration has already started and according to their information, more than 60 percent of the employees throughout Macedonia have been deregistered. As he said, according to unofficial information, it is about 15,000 people. He informed that about 29 thousand people were employed in these activities, in about 6,000 legal entities.

He stressed that the measures taken and adopted by the Government do not cover everyone, assessing that they are restrictive and insufficient and will increase the burden on the catering industry with borrowing.

Regarding the fact that many workers complain that they are being offered to sign parole agreements, and thus cannot use unemployment benefits, Angelovski said the government has announced that it will take care of all those who lose their jobs to receive compensation.