Home Macedonia PM and ministers not aware that members of the Kumanovo Crisis HQ... 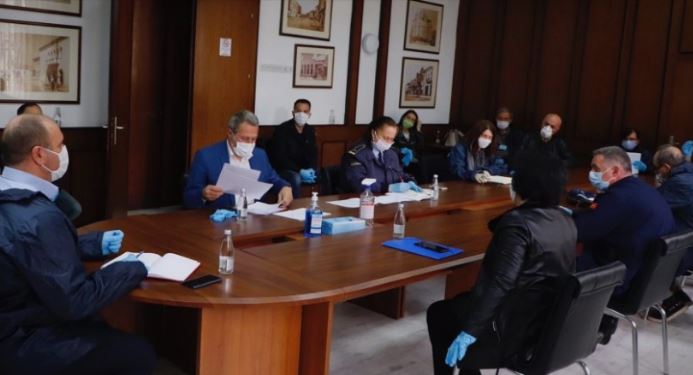 Health Minister Venko Filipce told Thursday’s online press conference the epidemiological survey put the chance that he and the other participants in yesterday’s session of the Kumanovo Crisis HQ are infected with the coronavirus as slim, because they all wore protective masks. Still, he decided to work from home and demonstrate the proper way of dealing with the situation.

Filipce said he was aware that certain members of the Kumanovo Crisis HQ had been tested, but wore the required protective equipment just by knowing they enter a region with a larger number of infected persons.

Deputy Prime Minister for European Affairs Bujar Osmani and Health Minister Venko Filipce on Thursday canceled their participation in a Security Council meeting with President Stevo Pendarovski, and said they would self0isolate until Tuesday, when they will be tested for Covid-19. Interim Prime Minister Oliver Spasovski said he would do the same.

This happened after Kumanovo Mayor Maksim Dimitrievski from the ruling SDSM, who on Wednesday held a meeting of the Kumanovo Crisis HQ with his party colleagues Interim Prime Minister Spasovsk and Ministers Osmani and Filipce, tested positive to coronavirus.