Home Macedonia Two-thirds of coronavirus deaths in Macedonia are men 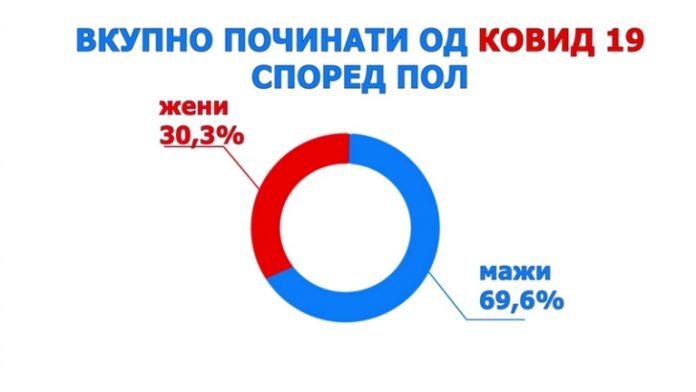 Macedonia is also following the world trend according to the COVID-19 mortality sex rate.

According to the health authorities, the number of men killed by Wednesday is more than double the number of women who lost the battle with the virus. A total of 39 percent versus 17 percent, or 69 percent, said 69 percent of victims were men.

According to world statistics, the mortality rate among the sexes in the country is similar or almost the same as in other countries.

At the same time, it was announced that among the cured of the coronavirus in Macedonia is the oldest patient, an 85-year-old male resident of the nursing home in Bitola.

He was the first hospitalized COVID- 19 patient in this city. He was admitted to the Bitola hospital on April 3 with a fever, mild respiratory and intestinal symptoms. Due to the symptoms and the established contact with a person who came from abroad, he was immediately placed in the isolation ward. The man from Bitola, after 20 days of treatment, fully recovered and with two negative tests, was sent home on Thursday.