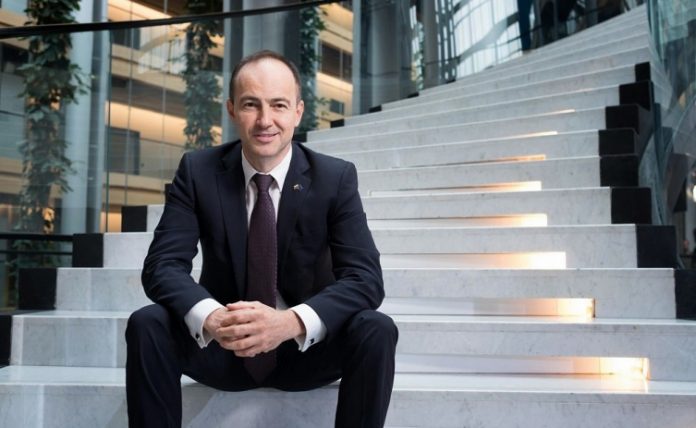 Bulgarian member of the European Parliament Andrey Kovatchev, and a member of
the ruling GERB party, in an interview with Mkd.mk, cited Bulgaria&#39;s statement that
Macedonia&#39;s European integration is conditional on a quick &quot;solution&quot; to 19th- and
20th-century history, with the expulsion of the term &quot;Macedonian language” and
introduction of “official language of RNM”.
Asked whether there was a Macedonian state where Macedonian people live and
speak Macedonian, the Bulgarian MEP replied:
– Bulgaria was the first country to recognize Macedonia immediately after
independence – under the name Republic of Macedonia. We immediately donated
military equipment to the young republic so that the potential threat from the then
Yugoslavia, which was then dominated by Milosevic&#39;s Serbia, could be prevented.
We also supported you during the embargo on the southern border with food and
fuel. Then we defended the sovereignty and territorial integrity of the then Republic
of Macedonia during the events of 2001.
Historically, leaving the geographical area of ​​Macedonia within the Ottoman Empire
was a huge drama for the then generations of Bulgarians from those countries, who
represented the majority of the population. Bulgaria has always supported
Macedonia with all its might and resources, even at the risk of its own existence, the
struggle of the Macedonian Bulgarians for autonomy, liberation and independence in
accordance with what was happening on the world stage. So, there should be no
doubt that both I and Bulgaria respect the modern reality, which is a fact after the
dramatic events of the last century. Only together, together as part of a great
democratic European family, can we overcome past suffering and separation from
the past. That is why the motto of the European Union is &quot;Unity in diversity&quot;.
Asked about the addition of &quot;Macedonian Bulgarians&quot;, does this mean that there are
no Macedonians, but only Bulgarians living in the state of Macedonia, he said:
– No, on the contrary. We are brothers. You are Macedonian. Macedonians live in
Macedonia and speak the Macedonian language. That is the reality. That&#39;s the
modern reality I&#39;m talking about. I cannot and do not have the right to dispute what
you feel as a Macedonian.
We can’t debate over who were Goce Delcev, Dame Gruev, Hristo Tatarcev. Your
modern Macedonian identity rests on the Bulgarian national history, Kovatchev said.
He announced that, even if the accession talks begin, Bulgaria will be able to block
the opening and closing of every of the 35 negotiating chapters and that “it is no

coincidence that this statement is added to the conclusions of the European Council.
That is why it is very important for the joint expert commission to complete its work
as soon as possible”.