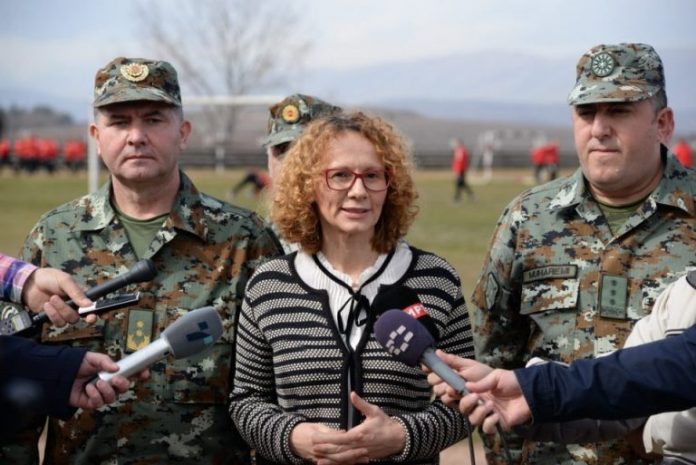 Defense Minister Radmila Sekerinska inspected the activities performed at the Boro Menkov” barracks in Kumanovo where the Headquarters of the South-Eastern Europe Brigade (SEEBRIG) will be located.

The accommodation facilities in Kumanovo barracks are being completely reconstructed and adapted for the command team to function without problems in the next six years.

“Starting September, Macedonia will host this brigade which is one of the strongest regional initiatives, we will practically host this whole command, where we expect about 40 members of the armed forces of the member states and additionally more than ten of our members who will practically become part of the headquarters, ie of the Command of the Brigade of Southeast Europe,” said Minister Sekerinska at the Kumanovo barracks.

The renovated building will be a center of regional initiatives and regional co-operation. The command and this brigade, the minister explained, is an initiative that unites six countries.

At the moment, all member states are already members of NATO, so in the year we become a NATO member state, we are hosting this important regional initiative and we expect all preparations for the command to be completed in June, so that we can formalize the beginning of our mandate as host of the Southeast European Brigade,” Sekerinska said.