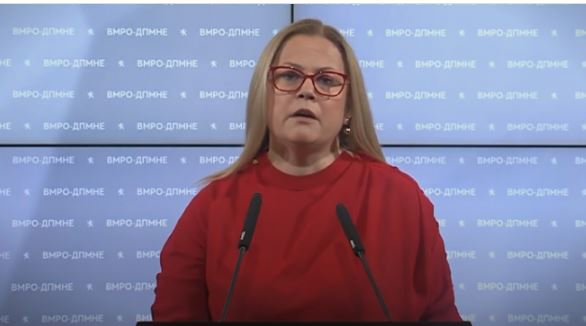 The Public Prosecutor&#39;s Office headed by Vilma Ruskovska acts as if it is in direct

connection with Den Doncev, who illegally acquired an amount of over three million
denars, said VMRO-DPMNE ‘s Dafina Stojanoska at today’s press conference.
&quot;The prosecution is waiting for the media to disclose first, and then to investigate
cases for which there is information and evidence. Who and why are they protecting
Doncev!? Yesterday, the Public Prosecutor confirmed that an investigation is
underway for Doncev, who last year, almost a year ago, earned illegal income of
over 3 million denars, i.e. over 50 thousand euros. What was the Public Prosecutor
waiting for a year and why didn&#39;t he open an investigation against Doncev!? Den
Doncev received over 50,000 euros from the Murtino-based company Remarket last
year for six months, for consulting services he provided at the same time as director
of the HIF, which is against the law. Doncev directly violated Art. 44 of the Law on
Prevention of Corruption and Conflict of Interest and took money from an activity that
he was not allowed to perform at the same time as he was the director of the HIF.
With its unresponsiveness, the Public Prosecutor&#39;s Office protects Den Doncev –
Zaev&#39;s main player.
It is unclear why the Public Prosecutor&#39;s Office waited for a whole year to open an
investigation and thus there was a potential money laundering, it is unclear to open
an investigation,&quot; said Stojanoska.
He added that the prosecution should additionally answer why it tolerates Doncev for
a series of other suspicious acts, for which, as the media reports, they have
evidence, and yet an investigation is not even in sight!?
&quot;The Public Prosecutor&#39;s Office should react as soon as possible and open a
procedure for both Donchev&#39;s illegal income and other crimes in which he is
involved, otherwise the Public Prosecutor&#39;s Office and Ruskovska will be considered
as Doncev&#39;s direct assistants,&quot; said Stojanoska.