Home Macedonia No reasons for state of emergency extension 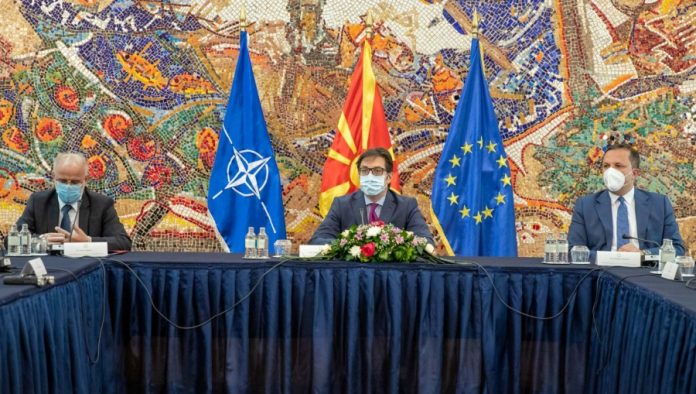 The 14-day state of emergency expires on Saturday (June 14th), and if not extended, it will mean that elections will have to be held on July 5th according to the election schedule of the once-delayed early parliamentary elections, but as a problem the increased number of coronavirus cases occurs again.

In the last week of June alone, Macedonia recorded a total of 802 new cases and 20 deaths, making it the most endangered country in the region, and according to the opposition VMRO-DPMNE, it is inappropriate to go to the polls with such indicators and citizens to go to the polls.

The government has been asked whether a new emergency extension will be requested given the growing number of people infected with the coronavirus. From there they answered that in the coming days all open issues will be decided. However, they emphasize that for now they believe that there is no need to continue the state of emergency.

“The government will meet and decide on this and other issues related to COVID-19 in the coming days. According to estimates, there are currently no reasons or needs to continue the state of emergency. “Given that the health system is ready for the coming period, economic measures are fully regulated and in the implementation phase, and for possible new restrictions in the future, a state of emergency is not needed,” the government said.

Elections were scheduled for February 16th, and were to be held within the 60-day constitutional deadline. But with the declaration of a state of emergency, as interpreted by the ruling SDSM, the deadline has been frozen and continues to run after the state of emergency ends.

The government passed the election order on March 22. According to the government’s decree, elections must be held within 22 days of the end of the state of emergency, or in the case of July 5.