Home Macedonia In a normal country, lawyer Dimiskov and Judge Dimiskova would now be... 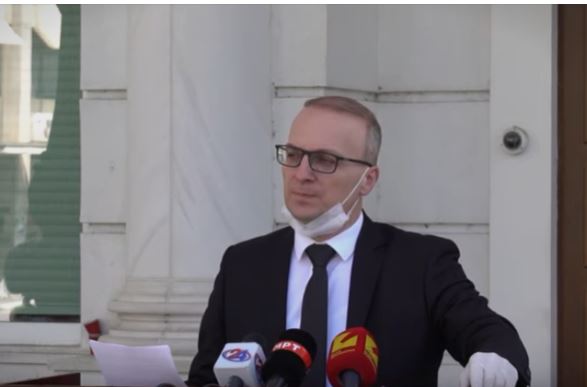 This tandem, made out of lawyer Dimiskov and his sister Judge Dimiskova, is clearly
untouchable. Unstoppable for the Public Prosecutor&#39;s Office. While citizens in the
country are responsible for not wearing masks and pay 20 euros each, lawyer
Dimiskov and Judge Dimiskova have not been summoned to the Public Prosecutor&#39;s
Office to testify, nor has an investigation been launched into why they talked, traded
and eventually escaped for a sum of 6 million euros, said VMRO-DPMNE’s Antonio
Milososki.
&quot;In a normal European country by the standards of Reinhard Priebe, such a case of
a brother-lawyer and a judge-sister, such as the Dimiskov tandem and bargaining
for a measure of detention, its imposition or revocation, I think both would end in
detention, and not just that, there would be serious, prosecutorial and judicial
repecusions.&quot;