Home Macedonia Zaev has to say how many times, where and when he met... 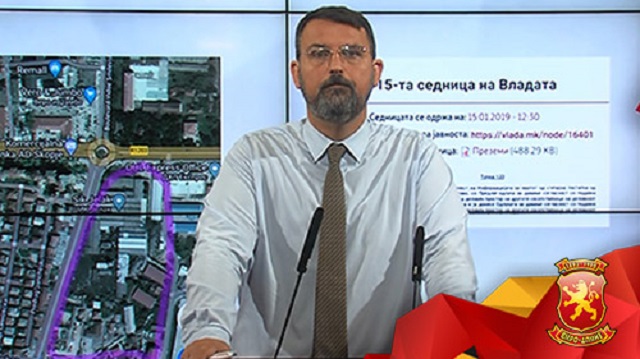 Zoran Zaev must say how many times, where and when he met with Miodrag
Davidovic Daka. How many meetings did he have with Daka alone, and how many
with Dragi Rashkovski. At which meeting were 300,000 euros agreed for the
referendum agreed? How did that money end up? At the same meeting, did he ask
for 2,000 square meters for a gas station in Tetovo? Zoran Zaev must give answers
to these questions before the competent institutions, said VMRO-DPMNE
spokesperson Naum Stoilkovski.
&quot;This is the plot in Tetovo, Shik Jelak, for which Zoran Zaev took 300,000 euros to
finance the referendum, and asked for and took 2,000 square meters for himself, for
a gas station or whatever he had in mind,&quot; said Miodrag Davidovic Daka, the
controversial businessman, in a video posted on social media.
Daka himself tells how he agreed with Zaev to get the space of Jelak in Tetovo. The
executor of the deal was Dragi Raskovski, the Secretary General of the Government!
The whole plot is several thousand square meters and is located near the center of
Tetovo!
Daka was filmed when he was nervous because the agreement with Zaev has not
been completed yet, so after saying that he gave 300,000 euros, he says – &quot;Let me
find out a week ago from Raskovski that they should now assess SHIK Jelak after
three years. You promised me in 7 days that you will tell me how much the rest of
Jelak costs &quot;, asking and concluding that it was promised to him&quot;, said Stoilkovski.