Home Macedonia They look you in the eye, swear on their lives and lie... 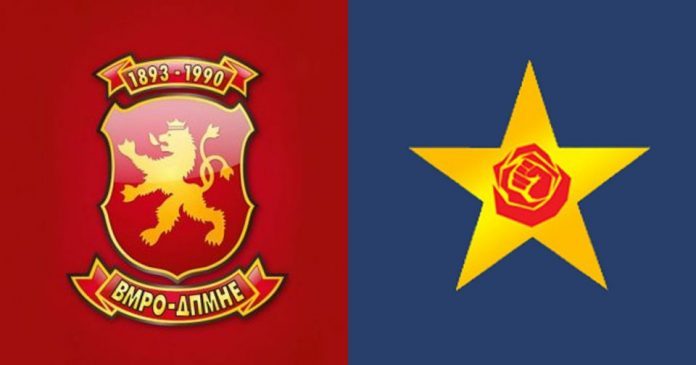 During elections, our country is “Honeyland”, but it just can’t seem to get two Oscar nominations, even though everything is rosy for us, or at the popular saying goes “close your eyes so I can lie to you”. Therefore, until July 15, enjoy the rhetoric of how beautiful it is for us and that it will be even more beautiful when they win the elections, and the next day they will face the reality that the situation is very difficult, i.e. wake up from the one-month-long fairy tale.

What do the political parties offer in these elections?!

Everything is, of course, concentrated on the leading sectors in the country in terms of voting machinery such as healthcare, education, retirees, public enterprises, young people are shyly mentioned, and only then comes agriculture and workers. An increase in the percentage of their income/profits is promised, both in terms of salary and tax deductions.

As expected, SDSM’s main trump card in the campaign will be its accession to NATO, its rapprochement with the EU (waiting for the start of negotiations), and the resolution of problems with Greece and Bulgaria, which were preconditions for NATO and the EU, but at the cost of changing the name and rethinking statehood and history (differentiation). In the area of ​​left-wing postulates comes the minimum wage of 14,500 denars and the VAT refund. The Social Democrats are also announcing a higher minimum and average salary.

VMRO-DPMNE as an opposition party shows great field agility, relying on direct contact, because that way they are able to present the strategic projects of the “Renewal”, that is, the party’s election programme.

Comparing the realization of the programs in the previous election cycles, as well as the current ones, VMRO-DPMNE always weighs more and had a greater realization, with a strategically well-placed goal. This is what happened with the economic zones and the attraction of renowned names in world business, which specifically reduced unemployment and precisely in the part where there was the