Home Macedonia New “audio bombs” for Zaev: I took over SDSM and I finance... 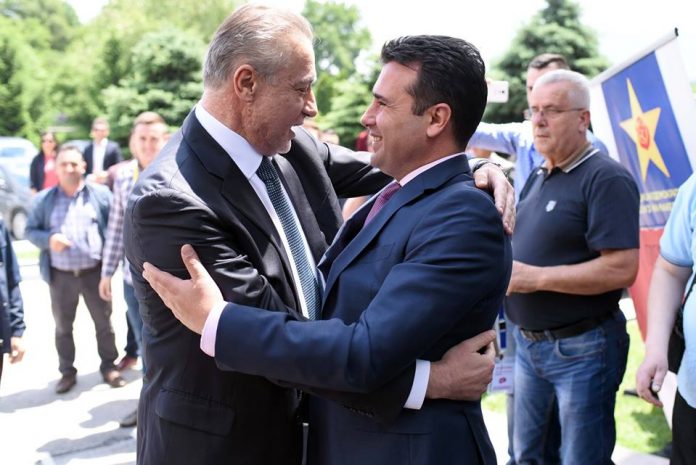 Two new audio recordings have been leaked on Friday on the “Brane Capital” YouTube channel. It is part of a conversation probably between Zoran Zaev and Aleksandar Verusevski, a longtime member of SDSM and the son of Zaev’s special security adviser, Zoran Verusevski, recorded in 2016.

The whole conversation lasts about two hours, and so far several parts lasting just a few seconds have been made public.

Zaev says he has taken over the party from former party leader, prime minister and head of state Branko Crvenkovski, and that he and his people no longer have any influence.

In the second audio recording, Zaev only says that he has a capital of 8.5 million euros, after which the recording stops. That is approximately the amount in the” Global” case, for which Zaev, then mayor of Strumica, was charged in 2008 with corruption and financial embezzlement, and was pardoned by then-President Crvenkovski.

Zoran Verusevski is a former longtime director of the Directorate for Security and Counterintelligence (DBK), and as a senior SDSM official is one of the key figures for the so-called “bombs” illegal recordings of telephone conversations that Zaev used in 2016 to win early elections and he practically overthrew the VMRO-DPMNE government, although he did not win the December elections.