Home Macedonia We need a huge investment boom and that will be brought about... 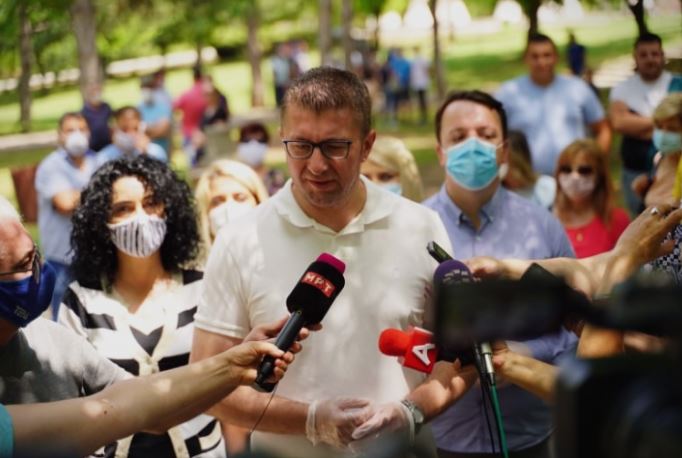 VMRO-DPMNE leader Hristijan Mickoski in an interview with Radio Free Europe pointed out that everything that was written in the party’s election programme “Renewal of Macedonia” will be realized. He added that the measures envisaged in Macedonia would stabilize the economy.

“If you ask me about the methodology and the way we will come and that set of policies, it is not just a number that is written on paper, and now we need to mention and repeat it everywhere at the events and rallies. It is a set of policies that not only in the economy, but should also be related to the judiciary, i.e. serious reforms in the judiciary so that investors, whether domestic or foreign, can feel safe to come and invest in Macedonia,” said Mickoski.

The leader of VMRO-DPMNE stressed that a process of reindustrialization is needed. Much has been made of this process in the Renewal of Macedonia programme. It is stimulating export-oriented companies that will export outside Macedonia.

“Finding with high added value, i.e. investors who will invest in Macedonia and thus increase foreign investment according to the methodology described in our program. Robust realization of capital investments is something I was talking about, that measures had to be proposed to deal with the economic crisis and mitigate virtually the decline in GDP, but unfortunately I was heard at that time. Robust realization of capital investments at a level of at least 90 percent of what is planned. So I appreciate that everything that is part of the program of VMRO-DPMNE and that set of measures can immodestly say that they will bring a minimum growth of 4.5% per year, because economists know what they say do not take any measures, nothing to you are not doing it, just to put the system by inertia, without any “disturbance” as it is called in economy, said Mickoski.

He pointed out that VMRO-DPMNE has and offers a hopeful, precise and accurate programme. All the suggestions of the chambers of commerce have been turned into passages that can be found the economic section of the election programme.