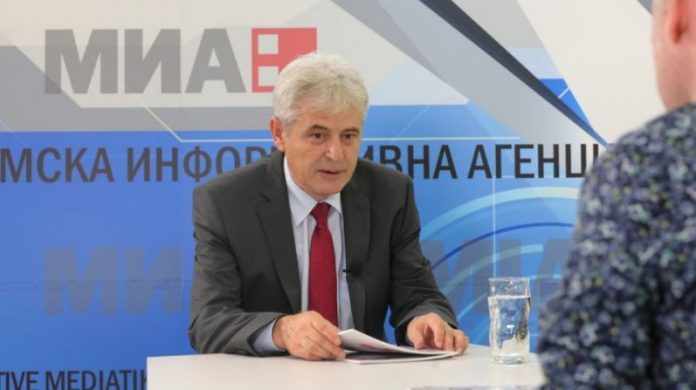 The Ohrid, Prespa Agreements and the Good Neighborliness Treaty with Bulgaria are the alpha and omega for peace, stability and security in the country, as well as the red lines that DUI will not cross in the post-election coalition.

“Anyone who tries to violate these agreements in any way cannot be our partner, so we are very open and honest and we made the warning in time,” said the DUI leader.

Regarding the motive under which his party is running in this parliamentary election – the first Albanian Prime Minister, Ahmeti says that it is a natural continuation of the policies they pursued, i.e. placing Albanians in high positions such as directors, ministers, Parliament Speaker.

He says that in the presidential elections they came up with their own proposals for head of state, but then they estimated that Pendarovski would be a more acceptable candidate and fully involved in the campaign for him to get the support.

“We have taken a step and now is the time to reciprocate,” said Ahmeti.