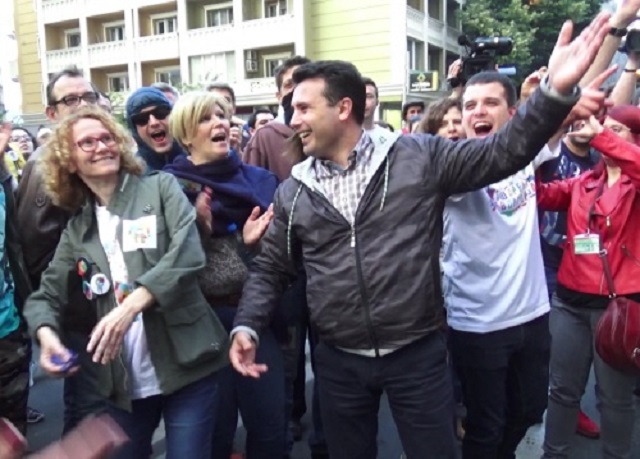 The latest audio recording, which clearly shows the person who took power from the previous ruling party with the motto “no justice, no peace” and the accusation that the judiciary was captured or run by the then prime minister, shows all the hypocrisy of the man who did not want neither justice nor independent institutions, but only pure power.

“I will gather everything in one pile. Everything. Then I will f*ck up all those who will join my coalition.”

And Zaev, despite the fact that the whole public heard how he agreed to set up court trials, without any virtue, responsibility and respect for those who gave him their votes, remains upright in the race for prime minister in this parliamentary election. This is something that is astounding and is unacceptable in modern democracies.

The judiciary, unfortunately, has never before lost its true purpose of existence, as the only buffer between the citizens and the absolute power of the people in power.

As never before, the judiciary is seen as important, as a barrier that should not fall, because otherwise the citizens remain subject to everything at the will of a few individuals.