Home Macedonia Stoilkovski: One person could not have extorted a single denar if government... 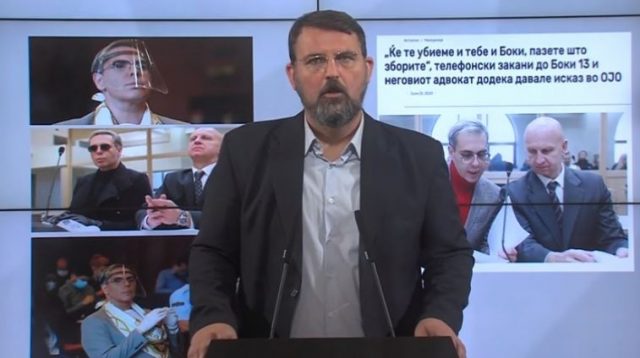 The entire government of ZoranZaev and SDSM was involved in the corruption case “Racket”, and the already convicted in this case yesterday clearly said that if it were not for the support of SDSM officials, businessmen would not even sit down with him to negotiate, said VMRO-DPMNE spokesperson NaumStoilkovski at Friday’s press conference.

“Businessman ArdianAmzovski, if he had not seen AleksandarKiracovski, would not have accepted the project,” Stoilkovski quoted Thursday’s statement to the court of the defendant in the “International Association” case, BojanJovanovski, known as Boki 13.

Naumoski stated that the quoted sentence “contains the whole truth about the racket worth millions”.

He noted that Jovanovski was not a person who had the power to extort millions of businessmen, and that he could do it only if the officials of the SDSM government backed him.