Home Macedonia Electricity is getting more expensive, while ELEM is announcing a public procurement... 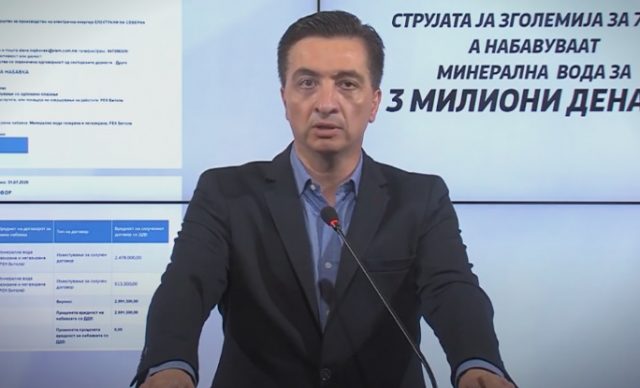 “Namely, on July 29, two days before the increase in electricity prices, ELEM signed a contract after the tender for public procurement of carbonated and non-carbonated mineral water announced by the company in the amount of almost 3 million denars or about 50 thousand euros for REK BITOLA. The company that in order to protect its profit demanded an increase in the price of electricity at the same time procures water in the amount of 50 thousand euros only for REK BITOLA. In other words, the people will pay 7.5% more for expensive electricity, and ELEM will procure carbonated and non-carbonated water of almost 3 million denars or 50 thousand euros.This is just one of the indicators of the non-domestic work of the government of SDSM and ZAEV. In the past, they employed party soldiers, hired relatives of officials, distributed bonuses, made dubious million-dollar tenders, all the time with the money of the citizens, in the energy companies where salaries are far above average, all the time with the money of the citizens, and now shamelessly ask the people to pay them irresponsible work,” says Antovski.

He adds that with this increase, Macedonia has become one of the countries in Europe where citizens pay the highest price compared to the average salary. This decision directly hits the standard of the citizens in the midst of a coronavirus epidemic. Macedonia is the only country in the region and beyond that in such a health crisis raises energy, when everyone else either keeps prices down or lowers them.