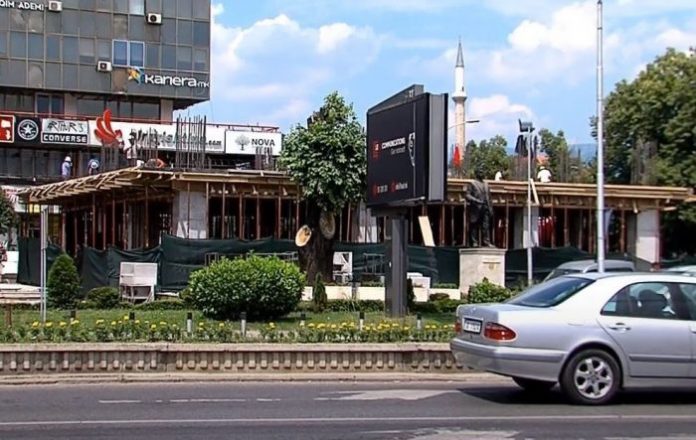 Several journalists reported to demolish the illegal building at the Mavrovka shopping center, at the call of their colleague Darko Chekerovski, after the authorities could not find the real investor of the construction for a long time, and no legal entity applied in the public calls for a company that will carry out the demolition for which a significant amount would be paid.

“I’m volunteering for the demolition of the illegal building near Mavrovka,” Chekerovski wrote on Facebook.

“Because there are no companies applying, following the example of Darko Chekerovski, and I’m also volunteering to demolish the illegal building near Mavrovka. I don’t need a daily wage, just a hammer,” wrote journalist Ognen Cancarevic.

Following the examples set by Chekerovski and Cancarevic, several other journalists volunteered, including the former president of the main journalistic organization in the country AJM, Naser Selmani.

After the legal deadlines expired in which the unknown investor had to demolish the illegal building himself, the municipality of Chair announced a tender for selection of a company that will remove it. However, no company applied for the demolition tender.