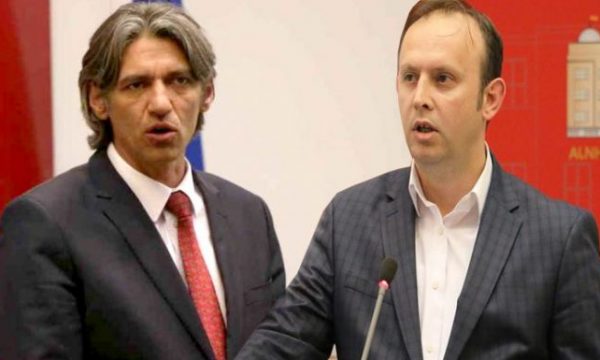 Leaders of the opposition Alliance for Albanians and Alternativa coalition, Zijadin Sela and Afrim Gashi, declined an invitation from the ruling Democratic Union for Integration (DUI) to meet with Albanian party leaders on August 13th.

They urge that the meeting is rescheduled for next week. after August 17th, but also to redefine the agenda of the meeting. DUI leader Ali Ahmeti a few days ago sent an invitation for a meeting of the leaders of the Albanian parties on the day when the Ohrid Framework Agreement was signed, without sharing details on will be discussed at the meeting.

“We believe that the political mechanism of the roundtable is an important instrument for coordination of the positions among Albanian parliamentary parties, and as such, it should be fostered for the purpose of articulating Albanian interests in North Macedonia. Consider the option of holding the meeting on another date starting from Monday (August 17), along with a few days notice on the meeting agenda,” reads the note of AA leader Ziadin Sela and Alternativa leader Afrim Gashi.