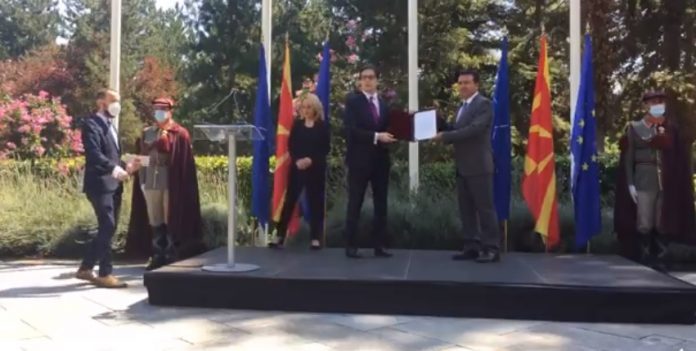 SDSM leader Zoran Zaev was given the mandate to form a new government by President Stevo Pendarovski.

In his speech, Zaev said that the new government will work harder on the “One society for all” concept.

According to Zaev, Macedonia will get a government that follows the clear direction determined by the majority of citizens.