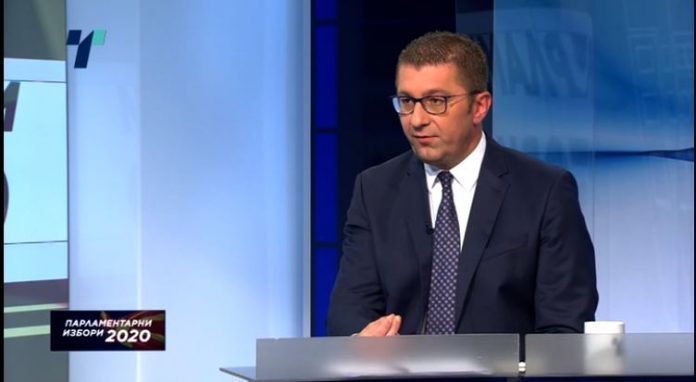 By agreeing to form a government coalition, SDSM and DUI leaders, Zoran Zaev and Ali Ahmeti, will continue to promote crime, lies and corruption, VMRO-DPMNE leader Hristijan Mickoski wrote in a Facebook post on Wednesday.

“Transition-era politicians will carry on degrading institutions and supporting injustice through a criminal coalition. At the next election, SDSM will blame on others lack of investments and foreign policy defeats. Why? To gain power, money, etc. To escape responsibility for fear of justice. We won’t see during their time in power implementation of reforms, just higher living costs and price shocks. This government has no credibility and no future in Europe. Macedonia has an abundance of issues, the root of which lies in this anti-reform coalition that will promote crime, corruption and degradation. The new, unreliable government will have a shorter term than the last,” reads Mickoski’s post.