The residents of Tetovo managed to photograph a bear in the mountainous area in the direction of the locality Banjice and along the road Brodec – Shipkovica. The photos are shared on social media with a warning of caution, believing that this wild animal can often attack people.

On the other hand, the members of the association for protection of bears “Shari Bear” from Tetovo Dobroshte for these rare and protected wild animals do various activities to help them survive the harsh conditions in the mountains. President Irfan Selimi, contrary to the usual opinion that bears are dangerous to humans, thinks the opposite. 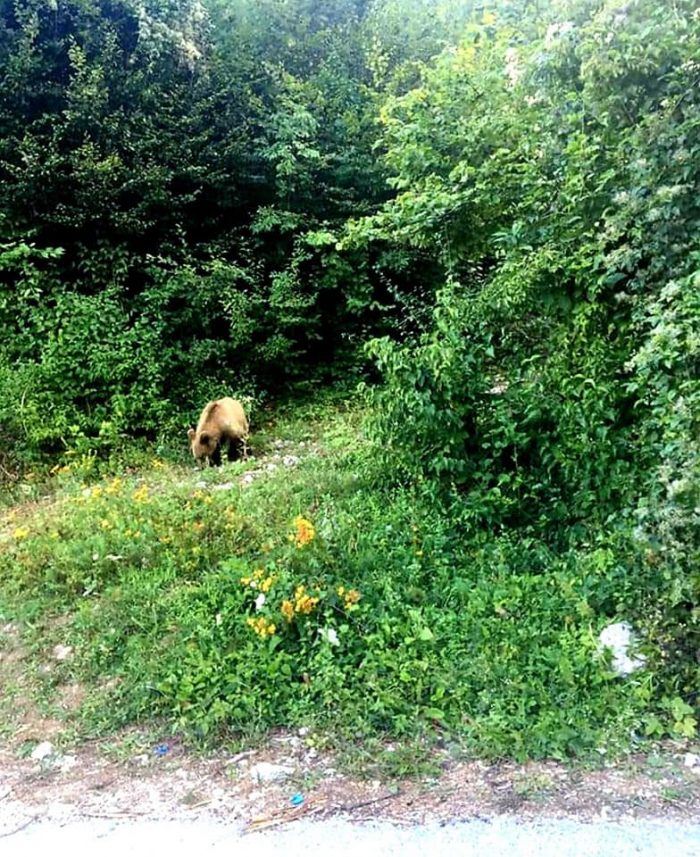 “They are more timid than other animals and are dangerous only if they are starving. The main instinct of bears is to eat and when they are full then they are not dangerous. When they have not found food, they know how to get close to places where there are people as well as sheepfolds and beehives. That way they only attack the sheep to feed themselves,” says Selimi.