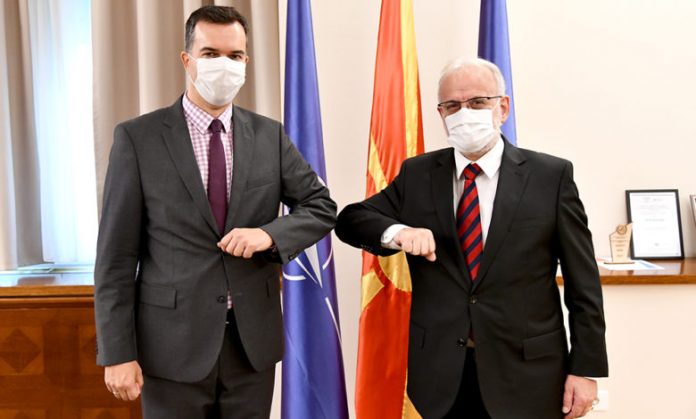 According to the Parliament’s press service, Xhaferi briefed the Hungarian ambassador on the upcoming work activities of the Parliament, such as the consideration of several legal changes imposed by the COVID-19 pandemic, then the activities related to the European agenda and the opening of the first chapters at the end of this year, and informed him about the completion of the functionality of the Parliament with the formation of delegations for multilateral cooperation and groups for bilateral cooperation.

Ambassador István congratulated Speaker Xhaferi on his re-election and welcomed the formation of the Government and the functioning of the Parliament.

The statement added that Ambassador István confirmed that the country would continue to receive financial and economic support from Hungary, given that progress was being made in this area, and added that it would continue to support the plan to deal with migrants on the southern border where police officers patrol alongside our police force and successfully deal with security challenges. Thus, Macedonia, although not a member state, protects the external border of the European Union, and also contributes to regional and European security and stability.