Home Macedonia Chulev: The cases with Jankuloska and my advisor are intimidation, spreading fear,... 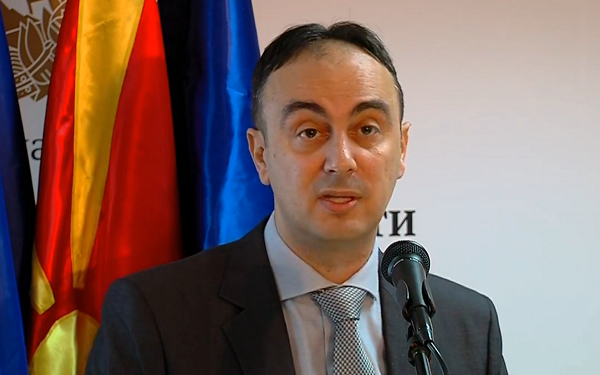 “The first is related to the former Minister of Interior Gordana Jankuloska, whom I know personally and with whom I had an excellent cooperation. My impression, and the impression of my colleagues I talked to in the Ministry of Interior, is that he is an extremely honest and responsible person, who in her work acted exclusively in accordance with the laws. They say that Gordana Jankuloska is a minister who led the Ministry of Interior with maximum dedication and responsibility. In this regard, the specific court case and today’s decision is another form of political pressure aimed at intimidating employees and former officials in the Ministry of Interior. I offer my strong and sincere support for Gordana Jankulovska to persevere in these moments, and I am convinced that the time will come when the truth about her work will come to light”.

“The second case is with the disciplinary procedure and the dismissal against the former advisor in my office, Zoran Gjorgievski – Chikash. Despite the fact that a procedure for determining disciplinary responsibility was conducted for him for his omission and he was severely punished, it was annulled and in a new highly politicized procedure, the current Minister of Interior Oliver Spasovski sets a precedent and decides to terminate the employment. A classically politicized case for which I am sure that the court ruling will show that in this, as in many other cases, the leadership of the Ministry of Interior acted contrary to the legal regulations. As a man whose team also included Zoran Gjorgievski, I stand behind him. At the same time, I encourage all employees who face such or similar pressures to claim their rights before the competent commissions and judicial bodies”.