Home Economic Are textile factories facing shutdown due to the government’s incompetence? 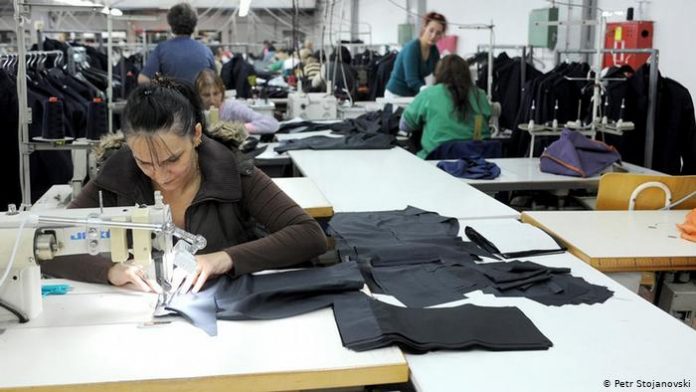 The economic crisis caused by COVID-19 has a great impact on the survival and operation of companies. Because of this whole situation, in these seven months many companies had to lay off many of their employees and some even had to close down. The situation is getting worse with each passing day, and the SDSM Government has no serious intentions to help the business sector. Although they announced a set of anti-crisis measures all the time, it did not yield any results. Namely, they announced a fourth set of measures to save the business sector, but that remained only an announcement, because they were not able to implement and realize it.

President of the Organization of Employers Angel Dimitrov says that in the next two months the textile companies will suffer the biggest blow. He locates the reason for this in the seasonal character of this activity, because according to him, in April and May, when the stores in Europe were closed, the items from the spring-summer 2020 season were to be sold. Now these products are in the warehouses of the partners of our domestic companies. They cannot sell them, let alone the new ones