Home Macedonia Europe does not understand us” – Bulgarian intellectuals against the memorandum on... 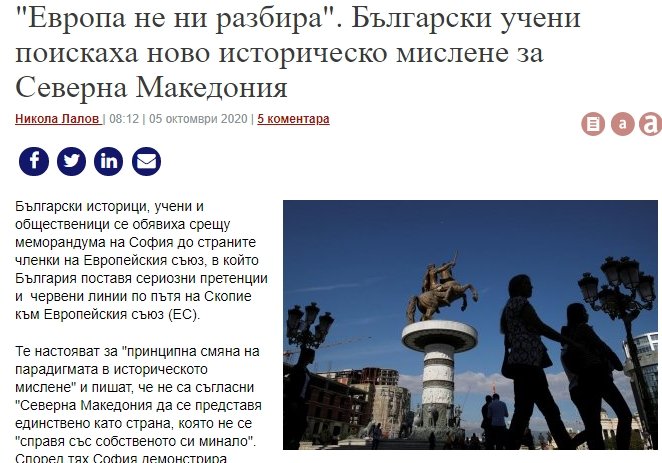 In the letter titled “Europe does not understand us”, released by mediapool.bg, they insist on a “fundamental change of the paradigm in historical thinking” and write that they do not agree that “Macedonia should be presented only as a country that does not deal with its own past”. According to them, Sofia demonstrates outdated views and makes unsustainable and naive claims against Macedonia.

“We don’t see how Europe can understand the positions of some influential Bulgarian scholars who do not speak the language of contemporary historiography or the modern humanitarian and liberal arts. The Bulgarian memorandum does not reflect the principles and values on which the European Union is based and in whose support it is published. We do not agree with the position that the Republic of “North” Macedonia should be represented as the only party which needs to deal with its past. We do not agree that the only problem is the ideological legacy of Communist Yugoslavia. Another problem is the worn out legacy of the romanticized, myth-making historiographic opinion in Bulgaria,” reads the open letter.