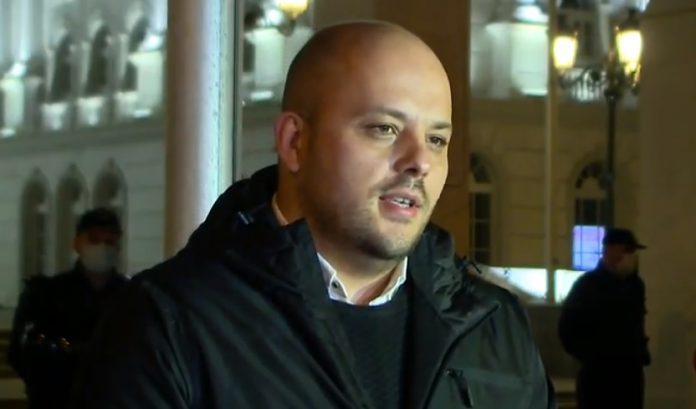 VMRO-DPMNE’s Darko Kostovski at Tuesday’s car convoy protest in front of the government said that the political persecution against those who disagree with the government must stop.

“I believe that the entire Macedonian public is convinced that in the last period, especially the period when SDSM is in power, this country is not free at all. The state is occupied or captured by a few politicians who are criminals and simply work to pave the way for criminals and crime. Tonight we are protesting in front of the Government of the Republic of Macedonia, against crime, against unprecedented corruption on a huge scale and exclusively against the political persecution that is taking place in Macedonia. As explained in political science – political repression that occurs among political dissidents i.e. appears against those who do not have the same positions with the current government using all state apparatus, i.e. abusing them. What I want to emphasize is that this is a period of millions of tenders set by the Government, but there is a racket at all possible levels, from senior businessmen to local shops in the settlements, and believe me, the people have nothing left,” said Kostovski.