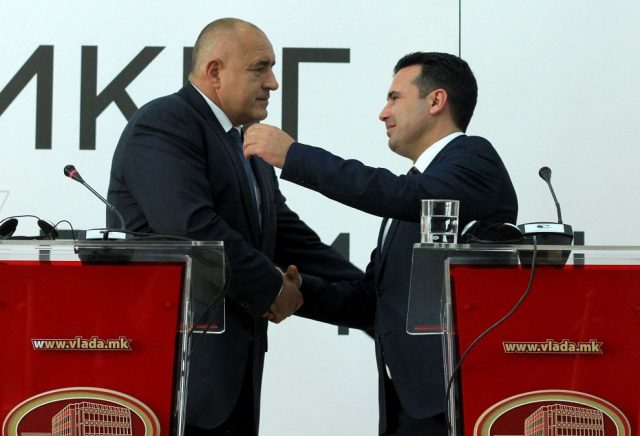 The government continues to change history to please Bulgaria so that it allows our country to start negotiations with the EU.

These days, on several signs on monuments from the period of the Second World War, which commemorate national liberation heroes, the part stating who committed their murder has been scribbled, reports Republika.mk.

Thus, the sign commemorating hero Blaze Hristovski reads that he died in the Skopje prison in 1942 by the Bulgarian occupier.

A sign dating back to 1965 has been violated in a similar way. It says that in 1905 the leader of the Ilinden Uprising, Aleksandar Turundzhev was hanged on that place.

It is followed by the fact that the Bitola partisan organization carried out an operation against the Bulgarian fascist occupier. Exactly that reference “fascist occupier” is what bothers Zaev and SDSM and therefore must be erased.

This is not the first time the government has tried to change history by force. Back in 2015, the monument of Blagoj Jankov Muceto in Strumica was violated. The government then used a grinder to wipe out the “Bulgarian occupier” reference.

A few months ago, out of revolt, the citizens scribbled monuments commemorating figured whom Greece considers to be part of their culture, and whom the government had to mark in accordance with the Prespa Agreement.