Home Macedonia Arsovski: Bochvarski awarded the contract to his father and uncle 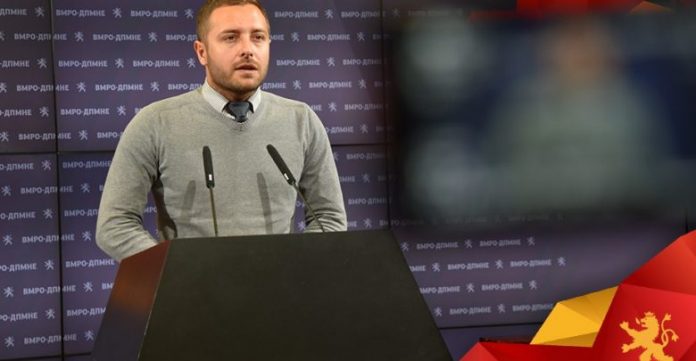 Three days of silence by the government for the scandal in which the municipality of Shtip awarded a public contract to the family company of Bochvarski, accuses VMRO-DPMNE spokesperson Dimche Arsovski.

None of the authorities, neither Bocvarski, nor the Government, nor the competent institutions answer how it is possible for the company “De Luks” doo, a company of Vladimir uncle and his father Vencislav Bocvarski, to win a contract, one day after his appointment as Minister of Transport and Communications.

“The entire tender procedure is conducted while Blagoj Bocvarski is the mayor of Stip, and the first day when he becomes minister is made official. There is a serious suspicion of corruption, crime and abuse of office here, and no one reacts from the competent institutions. In practice, it is shown that Zaev’s government neither fights nor prevents corruption, but on the contrary generates it, creates all that corruption,” said Arsovski.