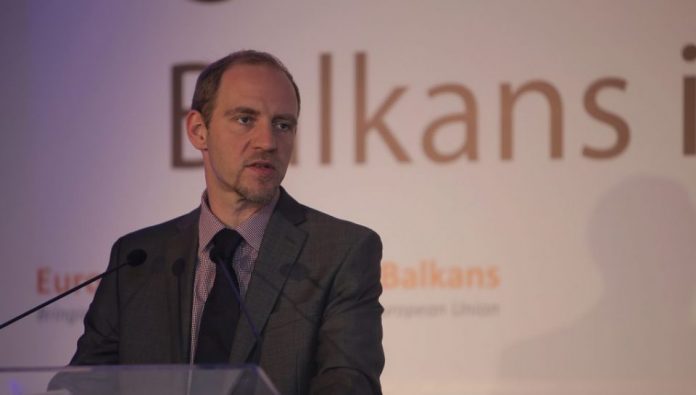 Bulgaria’s veto to North Macedonia’s EU integration process has hijacked the EU’s enlargement process, has threatened the bloc’s credibility all the while discouraging the other countries that are candidates for joining the Union. It should become a standard hopefuls and member countries to be required to sign declarations committing them not to block the EU integration bid when bilateral issues are involved, according to Florian Bieber, director of the Centre for Southeast European Studies at Austria’s University of Graz.

When asked about the position of Sofia, which has conditioned our country’s accession bid demanding the country that it recognized the Bulgarian roots of its identity and language – widely seen as unprincipled demands that violate the country’s right to self-determination – Bieber says the Bulgarian position is problematic from three perspectives.

“The Bulgarian position is problematic from three aspects. Firstly, it sets demands for Macedonia, which should not be subject to political decisions and pressure between countries. No matter how to interpret the history, this should be the job of historians, otherwise history is discussed by amateurs. It also puts history in the service of a particular nation. Second, imposing a national history on another is bullying and also not in line with good-neighborly relations. Third, such issues should not stand in the way of EU accession as they do not concern the EU-readiness of North Macedonia. It is, thus, hijacking of the EU accession. The countries of the Western Balkans have signed twice declarations to commit themselves to not blocking each others EU path over bilateral issues. While Bulgaria has not signed it, this should be the standard, said Bieber.