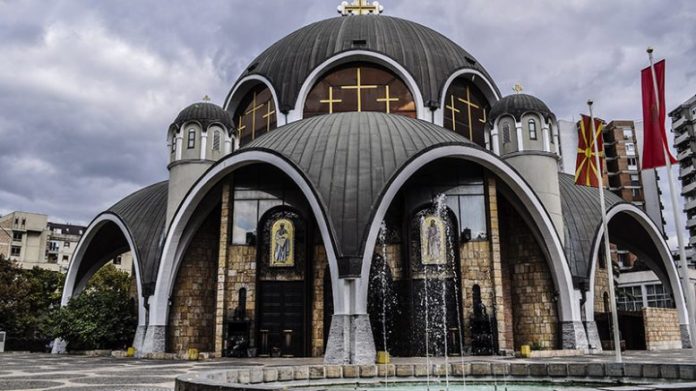 The Macedonian Academy of Sciences and Arts, the Macedonian Orthodox Church – Ohrid Archbishopric and the University “St. Cyril and Methodius “- Skopje prepared a memorandum entitled” Macedonian Manifesto “. In addition, we publish the document, signed by the President of MANU, Academician Ljupcho Kocarev, the Archbishop of Ohrid and Macedonia and Justiniana Prima, Stefan and the Rector of UKIM, prof. Dr. Nikola Jankulovski.

The negotiations to be conducted on an equal and principled basis, with due respect for international law, without any conditionality on the one hand or the other and with respect for the dignity of the Macedonian people;

To respect not only the objective facts and scientific argumentation, but also the complex interpretation of historical facts, events and personalities;  – are some of the lines that the Macedonian Academy of Sciences and Arts, the Macedonian Orthodox Church – Ohrid Archbishopric and the University “St. Cyril and Methodius ” urged the government, the head of state, the ministries, and the other involved commissions to respect concerning Bulgaria’s absurd demands.