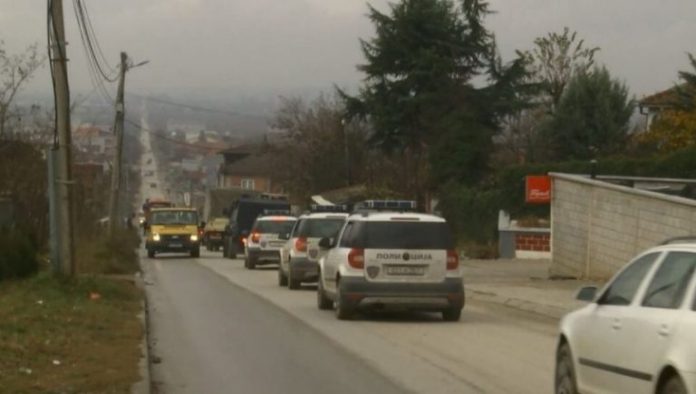 The truck with two tons of cannabis was parked near Kvantashki Pazar for several days before being seized last night in Arachinovo, 24Info reports.

According to information obtained by 24Info, there were no shootings at the police, nor were there any shots fired in the village. According to their source, the truck from Josifovo was parked at Kvantashki after the theft of the marijuana. The police had information about the location of the truck, but they were waiting to see who would pick it up.

Monday night the truck left the market and headed to Aracinovo, where it was to be unloaded. Then the police intervened, and in order to avoid possible problems with the population, special forces were took over.

The police searched all vehicles entering and leaving Arachinovo. Two Kalashnikov rifles were found in the possession of two people.

The information about the shooting came from the truck driver, who reported that he had been shot at by the police.