Home Macedonia Roth: EU shoots itself in the leg in Western Balkans 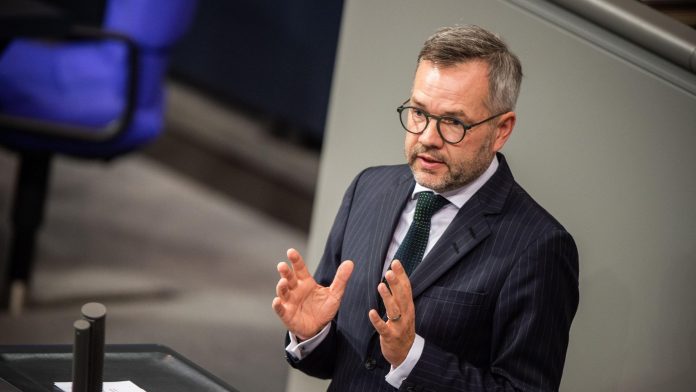 If the European Union leaves a vacuum in the Western Balkans then other forces that do not share the Union’s democratic values will fill that gap, German Minister of State for Europe Michael Roth tells daily Handelsblatt.

Roth expresses disappointment from the lack of progress in the integration process of the Western Balkans during the German EU Presidency in the second half of 2020.

“We urgently need positive signals for the Western Balkans. Our credibility is at stake,” Roth told the paper.

According to him, peace, regional reconciliation and democracy on the Western Balkans is of strategic importance for the whole of Europe, especially its immediate neighborhood, adding that forces such as Russia, China and Turkey have interests in the region.

“If the EU leaves leaves a vacuum in the Western Balkans then other forces that do not share the Union’s democratic values will fill that gap out of geostrategic reasons. We are shooting ourselves in the leg,” says Roth.

He believes EU’s hesitation is perceived as weakness across the globe, making authoritarianism stronger and putting democracy under increased pressure.

Roth relates the issues of rule of law and fight against corruption with emigration from the Balkan states.

“Younger generations leave their homeland because they fail to see prospects there. This is a tragedy for the Balkan countries,” says Roth.

He notes that EU must be increasingly present in the people’s emotional perception.

“We cannot only tap them on the shoulder. At the end of the day, this is Europe’s breakthrough in the competition with the authoritarian forces that will otherwise anchor themselves in the heart of Europe,” says Roth.