Home Macedonia Mickoski: Zaev himself is a historical mistake 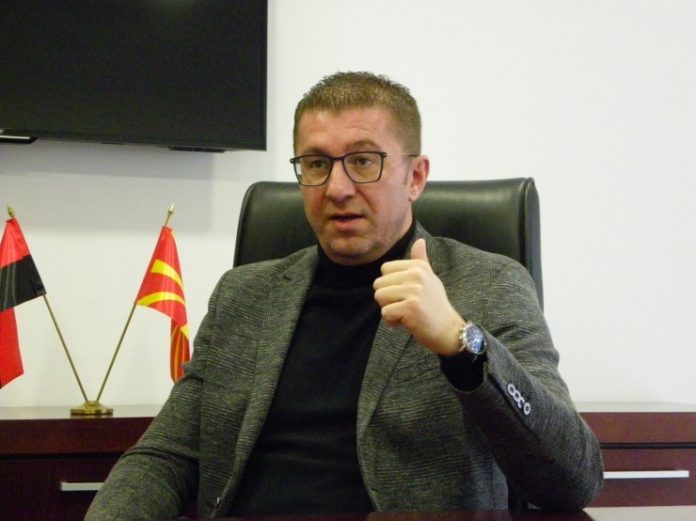 Excerpt from the Netpress interview with the leader of VMRO-DPMNE Hristijan Mickoski:

Mickoski: Well, our name Macedonia was changed to become a member of NATO, which caused great frustration among the citizens and angered them. Were it not for the agreement of the institute of MP and Parliament, if it were not for Zoran Zaev and the institute of amnesty, then, perhaps, there would not have been a violent way to change the name Macedonia and we would be a member of NATO again. But it is what it is, that’s Zaev. We should fight to correct the mistakes of Zoran Zaev, the historical mistakes. These are historical mistakes. He himself is a historical mistake. Start with “Global”, which went down in flames, and then put those 13 years to Macedonia. Four years have passed, if this man is given one more day to lead the Government, Macedonia will go into flames like “Global” did.

*For now, it seems that Bulgaria will not budge from the current conditions for unblocking the start of Macedonia’s negotiations with the EU. If VMRO-DPMNE were in power, how would you resolve this dispute?

Mickoski: I think that the use value of the Treaty that was signed for good neighborliness is slowly but surely going away. Because, we warned then and we warn again now, that a treaty signed in such an acrobatic, circus-like manner, in which the Commission for History, practically, and the compromise with the historical events are a criterion for progress in the European Union and does not guarantee membership in the European Union. And, as you see, it was confirmed a few years later that we were right. That was really the case. So, I think that this treaty has a validity period of one year.