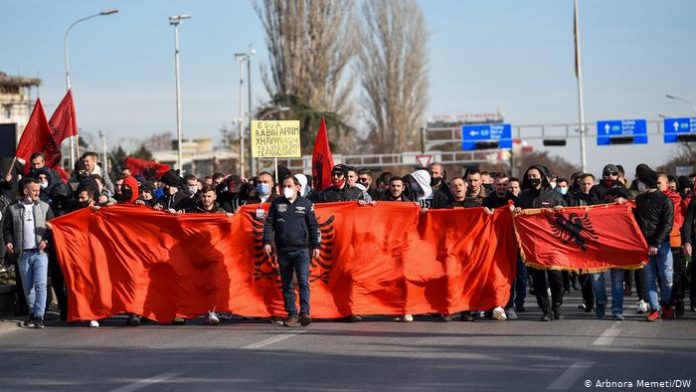 Head of the Crisis Management Center (CMC) Stojance Angelov, whose movement is part of the ruling coalition led by SDSM, strongly condemned the chanting “UCK” (Kosovo Liberation Army) at yesterday’s protest in the “Monster” case ” in Skopje.

According to Angelov, a police general who led special police units in the 2001 conflict in the clash with the Albanian paramilitary group NLA, chanting of this type fuels interethnic hatred and does not support the reconciliation process.

“Chanting “UCK, UCK” during any protest or other public event, no matter how large the group chanting, inflames interethnic hatred and does not go in favor of the reconciliation process that we talk so much about and advocate, which is why it should be the target of strong social condemnation from all important social factors. Even more irritating is the fact that such chanting took place at a protest in the” Monster “case, in which a court procedure is being conducted for the brutal murder of 5 innocent boys,” Angelov wrote on Facebook.