Home Macedonia Kyuchyuk-Buchkovski: Walls have no place between neighboring countries 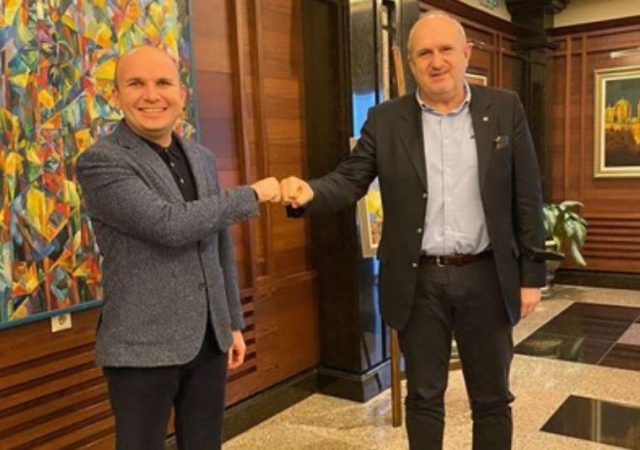 MRF/Renew Europe MEP Ilhan Kyuchyuk, who is the European Parliament’s Permanent Rapporteur on the Republic of North Macedonia, met Saturday with Government Special Envoy Vlado Buchkovski, who is on a working visit to Bulgaria.

During the meeting they exchanged ideas for continuing the process of restoring trust between the two countries, and according to Kyuchyuk, North Macedonia needs political stability and a strong pro-European agenda that will ensure the process of European integration, 24 Hours reported.

“We should restore confidence in the neighborhood agreement. Only through it can build long-term understanding and friendship. The key to successful neighborly relations is the establishment of joint infrastructural, educational and cultural projects to connect the two countries. I am confident that soon the governments of Bulgaria and North Macedonia will turn their backs on nationalism and engage in constructive negotiations, because the walls have no place in our relations,” he said.

MEP Kyuchyuk reassured Buchkovski that in his capacity as permanent rapporteur of the European Parliament will continue to work to create a plan of cooperation between the two countries, which have specific objectives and program to address the pending bilateral issues, which would allow negotiations to formally begin for accession to the EU.

They also agreed on the idea of creating joint media projects to put an end to fake news and nationalist rhetoric.

“Being the closest, we know very little about the other. Very often we argue about things that are in the past, but at the same time are the subject of speculation by the media. Therefore, the creation of joint media projects that will put an end to fake news and nationalist rhetoric will be fundamental to overcoming our differences,” Kyuchyuk said after the meeting.