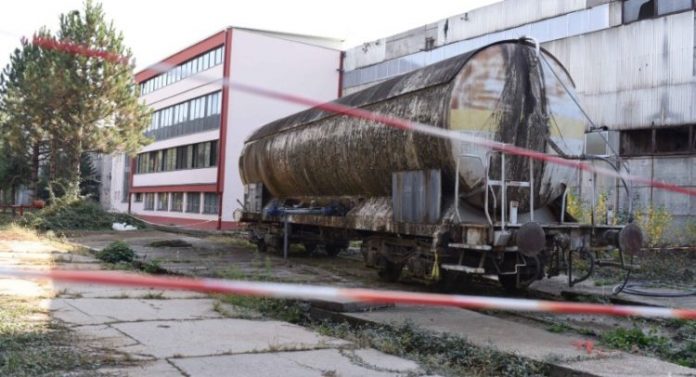 Yesterday in the circle of the former Yugoslav chemical giant OHIS, hazardous chemical waste was removed, i.e. 4.6 tons of initiators, chemicals of known composition, and 5.2 tons of chemicals of unknown composition in trucks that meet the appropriate conditions for transport of hazardous waste, which continued the cleaning of one of the hotspots in the country.

According to the State Inspectorate for Environment, all companies operating were notified about this activity, so that during the loading, a special regime was established and bans on the movement of persons and vehicles in the OHIS area, which is located in a densely populated city ​​area, only 3 km from the center of the capital Skopje.

After the loading, the customs export procedure was done and the waste was sent to the plant in France to be destroyed.