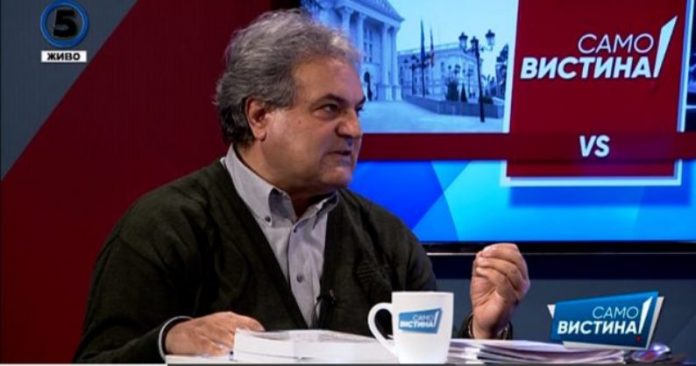 We have seen systemic corruption and organized crime in action. We have seen that there is no justice or rule of law at this moment. We have seen the deception of the judicial system, police and security and political system by one man, said political analyst SotirKostov, discussing therecent events related to the disappearance and reappearance of SashoMijalkov.

Kostov, as a former prosecutor, stressed that the main responsibility lies with the Prime Minister ZoranZaev and the former chief of the secret police Mijalkov who are the main protagonists, and that this whole scenario showed the incompetence of the system, something that was confirmed by the Prime Minister himself.

“Zaev first declared incompetence of all organs of the system, he threatened, he coordinated the action and took measures. What action, Prime Minister, the action should be led by the police. Who gave him that right? This is not the case under his jurisdiction. Why Zaev was holding a press conference” The court, the prosecutors, the police should have held it,” Kostov said.