Home Macedonia Zaev to definitely delete the ethnicity of a Macedonian man and a... 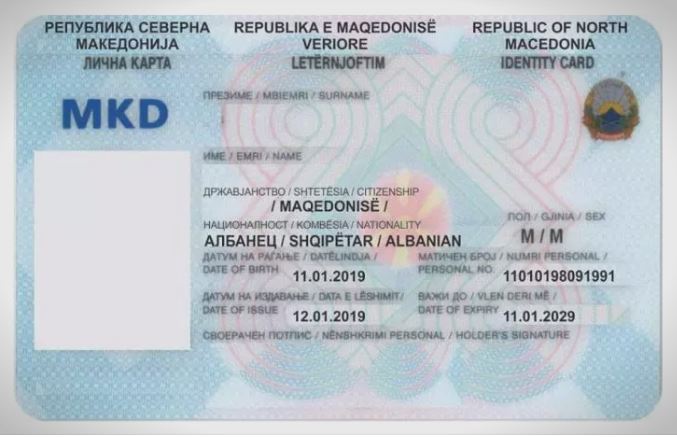 Еthnicity will not be included to the ID cards, Prime Minister Zoran Zaev confirmed today in response to a media question.

Namely, when asked about the position after the announcements from the EU that in August of this year a European regulation will enter into force which prohibits stating ethnicity in ID cards, Zaev said that as it is in Europe, so it should be with us.

“I would go with making the decisions, with an option of choice, and as soon as the EU regulations come into force we should respect them. We are all for the EU. Not only the coalition, but the entire opposition, as well. So, if we stay on the path of the EU, and we remain, there is no other alternative, we should respect European regulations. As it is in Europe, so it should be with us,” said Zaev.

Recently, VMRO-DPMNE Vice President Aleksandar Nikoloski on the issue of ID cards said that the essence is very simple, that is that with the Prespa Agreement that Zoran Zaev signed with Greece, the ethnic Macedonian ethnicity is erased, and thus Macedonians cannot declare as Macedonians. Also regarding Zaev’s statement that VMRO-DPMNE “wants to make love with its partner, but not hug”, Nikoloski said that it is neither a coincidence, nor a case of low intelligence, but a strategy.