Home Macedonia Pendarovski on anniversary of deportation of Macedonian Jews to Treblinka: We forgive,... 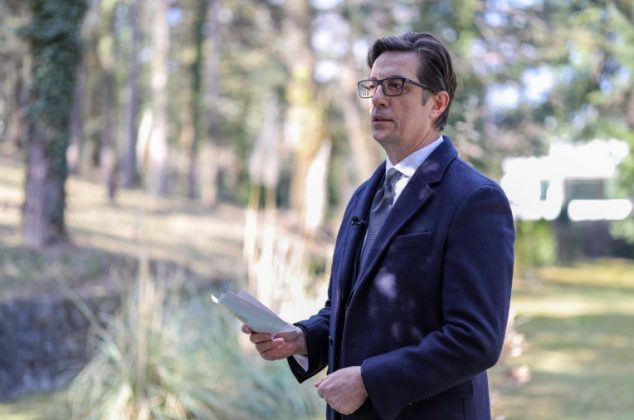 President Stevo Pendarovski planted a tree Thursday in his presidential garden in memory of the 7,144 Macedonian Jews deported to the Treblinka death camp in March 1943. On his behalf and in cooperation with the Embassy of Israel, a tree was also planted in Jerusalem’s Aminadav Forest, President’s Office said in a press release.

Underscoring that the tree seedlings are an expression of respect for the small but extremely important Jewish community in North Macedonia, Pendarovski said that the presence of the Jewish community dates back for centuries.

“In the spirit of coexistence, the Jews lived with us, as one of us. Jews were accepted and respected as good hosts, loyal neighbors, and hardworking guilds. Our desire as a state and as a people is for the Jewish community to grow again into a fruitful tree and its roots be nourished by memories, and let the branches bring hope for the future,” Pendarovski said.

More than six million Jews were killed during World War II. In the Treblinka death camp alone, about 900,000 women, men and children were killed in about a year, including 7,144 Macedonian Jews from Skopje, Bitola and Shtip, representing as much as 98% of the Macedonian Jewish community.

“The Holocaust is a logical consequence of the moral vacuum in which everything was permitted, including devaluing of human life and its inherent dignity. This absolute evil must be condemned entirely. We must not allow the truth about the Holocaust to be relativized and forgotten. It is our duty to remember so that it never happens again,” Pendarovski noted.

The honorary consul of the State of Israel in the Republic of North Macedonia, GradimirShumkovski, also attended the commemoration of the 78th anniversary of the Holocaust of the Macedonian Jews.

Representatives of the Jewish National Fund, Jewish Impact, as well as a representative of the Israeli Ministry of Foreign Affairs addressed online from Jerusalem.

In memory of the Holocaust of 7,144 Macedonian Jews, a representative of the President’s Office laid flowers at the monument to the deported Macedonian Jews in Skopje.