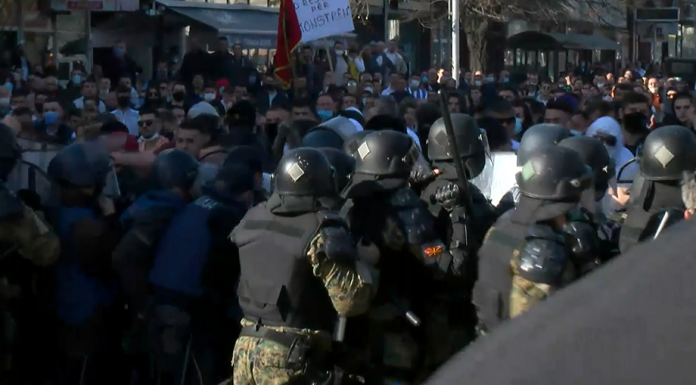 Three men accused of inciting violence at last month’s protest in Skopje against the verdicts handed down in the so called ‘Monster’ trial pleaded guilty at Friday’s hearing.

The court sentenced Shaban Veseli, Behar Dalitu and Besar Kalisi to year in jail and they will remain in detention. Two men pleaded not guilty. The trial against Arton Sadiki and Fabio Idrizi resumes on March 31.

The judge said that the defendant BesimKasami will be tried in separate trial because of his critical health condition. Separate procedure was ordered for SuljaBashkim, who is on the run.

The men are charged with participating in a mob in acts of violence according to the Criminal Code. Defendants face jail sentence from six months to five years.

According to the indictment, the men who took part in the protest on February 26 were part of a mob that injured other people, including police officers, by hurling rocks and other objects at them trying to break through the police cordon. Eleven policemen and a reporter covering the protest were injured.