Home Macedonia Klaus Schrameyer: Creatures of the past will not disappear after the elections... 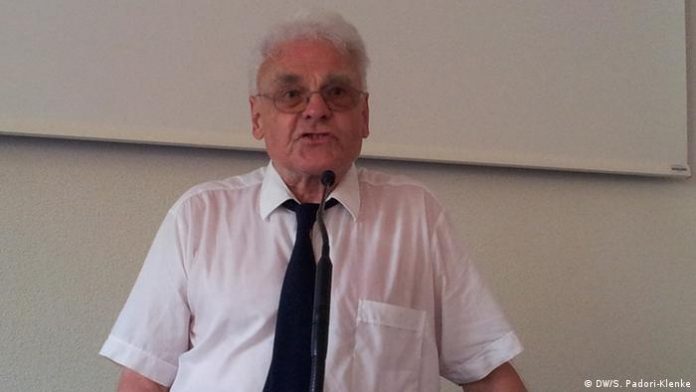 Germany’s former deputy ambassador to Bulgaria and a constitutional law expert Klaus Schrameyer told Deutsche Welle that the only real political change after the election would be Sofia’s decision to lift the veto against Skopje, and everything else would remain the same, including lawlessness and corruption.

“This anti-Macedonian farce, which is actually played only for tactical reasons before the elections in order to win over nationalist circles, must finally be stopped. “Otherwise, everything will remain the same – except for some small upheavals.”

Asked who he thought would win the elections in Bulgaria, he estimated that it would be GERB again.

“Any impartial outsider would expect that these elections are destined for a completely different direction, because after 10 months of street protests, Borissov and his gang were already to be eliminated. However, miracles do not happen. For more than 30 years, after November 10, 1989, Bulgaria remains Bulgaria. And that means the Balkans. Ghosts of the past, habits of the past, plus post-socialist reflexes still dominate there. Even if reason wins, there is no chance of anyone else winning – because of the ‘controlled vote’ that has already become folklore and because of election fraud. In addition, there is still no postal voting in Bulgaria, and in a pandemic this will further reduce turnout, which is to the benefit of the major parties and the status quo. In a fragmented Parliament with 5-7 parties in it, forming a government will not be easy,” said the former ambassador.