Home Macedonia Prosecutor Ruskovska says she’ll wait for a reaction from the Ministry of... 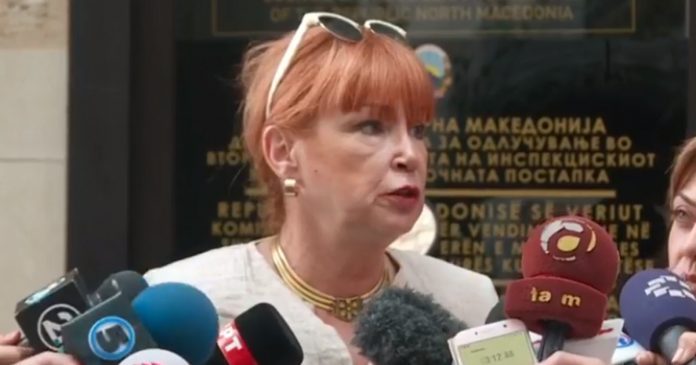 We will wait to see if the Ministry of Interior (MOI) will open a procedure for the “Mafia” case, so we will decide whether to open a case by disclosed information, because first the competent institution should be given a chance, Public Prosecutor for Organized Crime Vilma Ruskovska told Alfa TV, and refers to the affair that was revealed by the opposition VMRO-DPMNE on Monday for at least two hundred passports with stolen identities issued by the Macedonian Ministry of Interior to well-known Balkan drug bosses and criminals.

“We will wait to see if the Ministry of Interior will open a procedure, and then we will decide whether to open a case after a voice is touched.” Still, a chance should be given to the competent institution,” Ruskovska said.

VMRO-DPMNE briefed yesterday that the police apparatus issued passports with fake identities in the so-called “Mafia” affair for the leader of the notorious Skaljarski clan for drug trafficking, Jovan Vukotic and the leader of the Turkish mafia Sedat Peker, who until recently was in the country again. entered and received a Macedonian ID card.

“Spasovski should first give answers how Sedat Peker and Jovan Vukotic got Macedonian passports, and then resign, how can the Public Prosecutor’s Office open an investigation against him, but also against ZoranZaev,” reads today’s statement of VMRO -DPMNE.